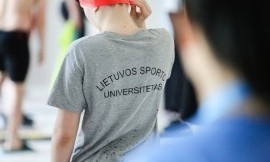 In the Football (7x7) finals Kaunas University of technology played against Klaipėda University. And after another match, as it was 4:4 Klaipėda university became the winners. The 3rd place was won by Vilnius Gediminas technical University. In the womens category University of Šiauliai won the match.

How to find us